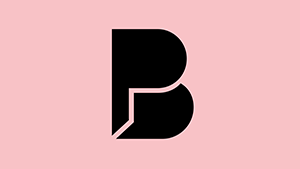 In March, Polish Cinema for Beginners – the series of film screenings and discussions presenting Polish cinema, awarded by the Polish Film Institute – returns to the New Horizons Cinema in Wrocław. The 10th anniversary PCFB season brings you five films and exceptional guests, who will meet the international audience to talk about what really matters: the family.

The 10th season of the Polish Cinema for Beginners, called Family Matters, will focus on films about the Polish family – cheerful and bitter, old and contemporary. On the 1st of March, the opening screening will present you an absolute classic of Polish cinema: Krzysztof Zanussi’s Family Life, telling the story of how difficult it is to separate oneself from the roots. One of the best films by Krzysztof Zanussi will be shown in a digitally reconstructed version. During the following screenings, we will see a comedic take on the family in Reverse by Borys Lankosz and These Daughters of Mine by Kinga Dębska, as well as dramatic fate of a Warsaw married couple in Saviour Square by Krzysztof Krauze and Joanna Kos-Krauze, or the unusual siblings from Anna Zamecka’s Communion.

Scene from the “Family Life”: https://www.youtube.com/watch?v=AzRSKLjcv-Q

Among the anniversary season’s guests there will be the filmmakers – our audience will have a chance to meet the directors Kinga Dębska and Anna Zamecka. As usual, the films will be subtitled in English, so that all residents of Wrocław, no matter where they are coming from, can get to know Polish culture, customs and history. Responsible for the PCFB programme is Adam Kruk – film critic, journalist and expert, winner of the Krzysztof Mętrak Grand Prix and member of FIPRESCI.

The opening screening of the 10th season of PCFB will take place on March 1st at 7:30 pm in the New Horizons Cinema. Tickets can be purchased before the screenings at the ticket offices and at KinoNH.pl website. More information about the project can be found at: PolishCinema.com.pl and facebook.com/PolishCinema. You are invited to the Polish Cinema for Beginners by the Wrocław Film Foundation.